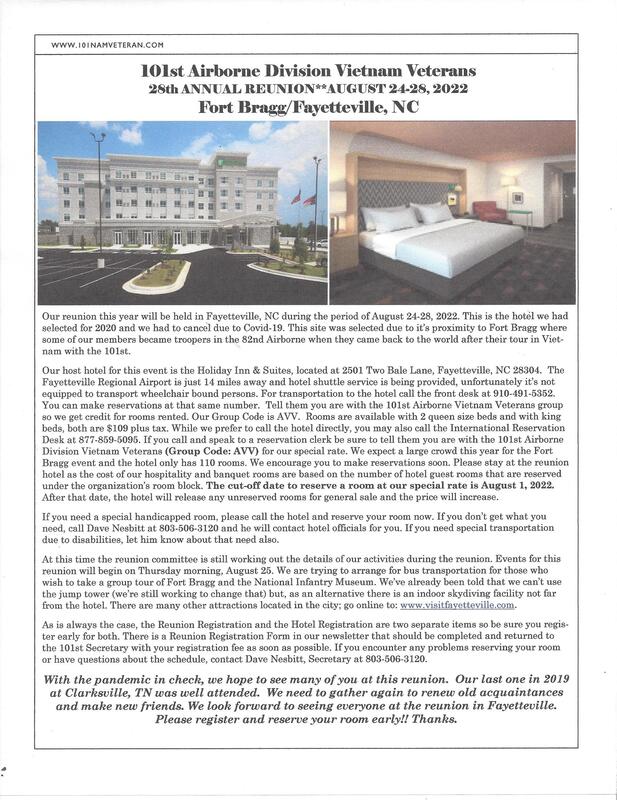 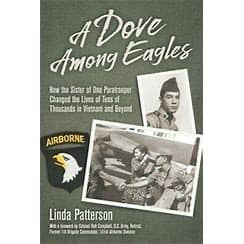 OUR SPECIAL GUEST AND GUEST SPEAKER

Linda Patterson - A Dove Among Eagles

A story unlike any other, but relatable to millions.  With the backdrop of the Vietnam conflict, A Dove Among Eagles is a powerful memoir about trauma, courage, devotion and love at a time when American society was tearing itself apart and blaming a military that was more victim than perpetrator of the violent forces wracking the nation.  Indeed, Vietnam changed us all, especially Linda Patterson.  A story 52 years in the making, A Dove Among Eagles is set in San Mateo, California, in 1968.  The author, then 26 years old, receives a letter from her 18 year old brother, Joe-a cry for help from a paratrooper caught in the middle of an unpopular war.  News of the antiwar protests has been plummeting the morale of Joe's company of 130 paratroopers.  In desperation, he turns to Linda to find a way to let these young, courageous soldiers know that they've not been rejected by the country they love.  Specifically, Joe asked Linda to enlist the city of San Mateo, to "adopt" the 130 paratroopers of his combat company.  On March 4, 1968, after Linda's dogged persistence, the city of San Mateo formally adopted A Company of the 327th Infantry Regiment, 101st Airborne Division,  San Mateo was the only city in the nation to do such a thing during the Vietnam War.  Three weeks later, SGT Joe Artavia, was killed in  a firefight.  Grief stricken and distraught by the loss of her brother, Linda garnered her strength and passion to carry on with Joe's last wishes.  What she did next was beyond imagination and straight from the heart.
Into a War Zone and Into Their Hearts _ In December, without government authorization and with only her grit to guide her, Linda traveled to Vietnam to spend Christmas with her brother's unit.  Met by her military escort at Tan Son Nhut airport outside of Saigon, she would fly to the northern part of South Vietnam, farther north than civilians were allowed to travel.  The potential dangers she would inevitably face did not phase her.  She knew her "Screaming Eagles" would protect her and they did.  Her journey was life-changing.  For eight days, she anxiously waited in the company's base camp while the men of the company hacked their way through a mountainous jungle to get to her.  Once they arrived, she spent three days with her brother's buddies, developing a true love for them all.  She would also fall in love with her military escort, Steve Patterson, her brother's platoon leader who was also seriously wounded while leading the battle in which Joe was killed.
​                                                                        RAFFLE TICKETS
2022_raffle_tickets_3-16[4832].jpg
To print tickets, click on the link above, then click on the 3 dots in the upper right corner, then click on print.
Reunion Agenda